Edward Swift Isham was born on January 15, 1836 in Bennington, Vermont. He was the eldest son of Pierpont Isham, later a justice on the Vermont Supreme Court. He was raised in northwestern Massachusetts. At the age of sixteen, he had to drop out of school due to illness. After two years’ recovery in South Carolina, Isham returned to Groton, Massachusetts, where he studied at Lawrence Academy. In 1853, he was accepted at Williams College and studied there for four years. The school awarded him a master’s degree in 1860.

Isham studied law in his fathers office and then attended the Harvard School of Law. He was admitted to the bar in Rutland, Vermont, in 1858. He decided to practice in the west, ostensibly to St. Paul, Minnesota or St. Louis, Missouri. However, he decided to settle instead in Chicago, Illinois. He practiced in the office of Hoyne, Miller & Lewis and then formed a partnership in 1859 with James L. Stark as Stark & Isham. Isham quickly rose to prominence among Chicago lawyers. In 1864, Isham was elected to the Illinois House of Representatives as a Republican, where he served a two-year term.

After his term expired, Isham spent two years in Europe, then returned to his law practice. In February 1872, Isham admitted Robert Todd Lincoln, the son of Abraham Lincoln, as a junior partner. In 1886, William G. Beale was also admitted as a partner, and henceforth the partnership was known as Isham Lincoln & Beale. The firm retained this name until it dissolved in 1988. Isham’s most notable cases include the arrangement of the Walter Loomis Newberry library endowment and the 1875 mayoral election controversy between Harvey Doolittle Colvin & Monroe Heath. He received an LL.D. from Williams College in 1893.

Isham was married to Fannie Burch in 1861. They had two sons and two daughters. Eldest son Pierpont served in the 7th Cavalry Regiment and later became a partner in the law firm. Eldest daughter Ann Elizabeth died during the sinking of the RMS Titanic, one of only four upper-class women to do so. Edward Swift was a charter member of the Chicago Club and drafted its incorporation papers in 1869. He died in New York, New York on February 16, 1902. 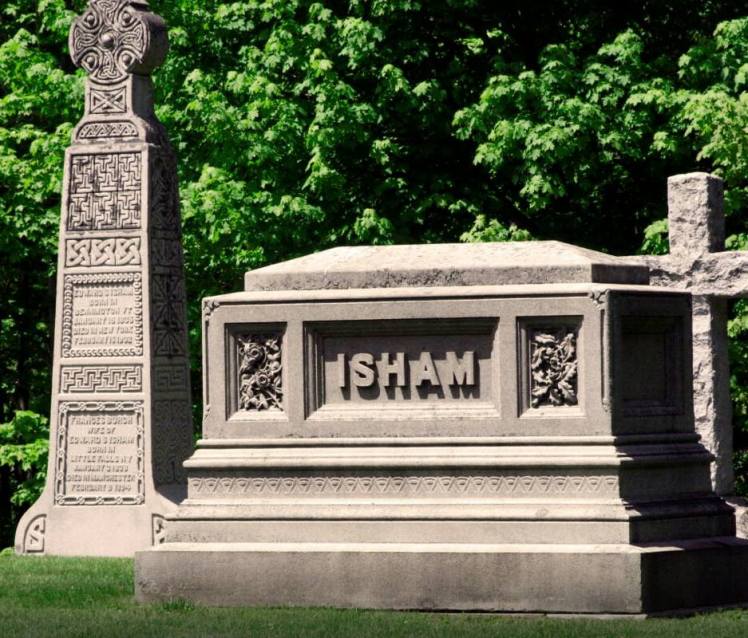